The Suzuki LS650 Savage is a single cylinder, four-stroke custom / cruiser motorcycle produced between 1986 and 1996.

The bike has a 5-speed transmission. The final drive was via belt.

Stopping was achieved via single disc in the front and a expanding brake in the rear. The bike weighs just 160.0 kg (352.7 pounds). 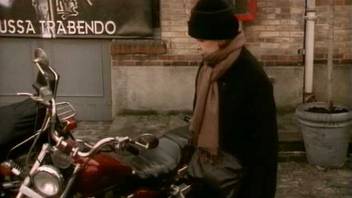 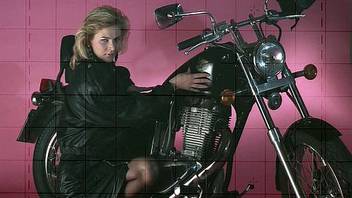 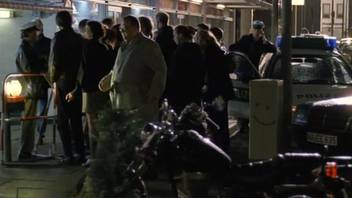 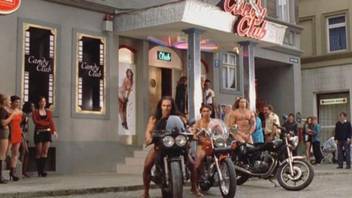 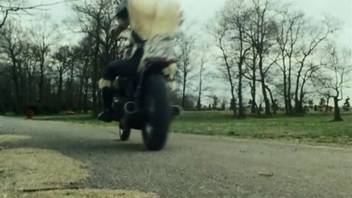 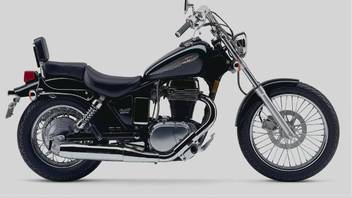 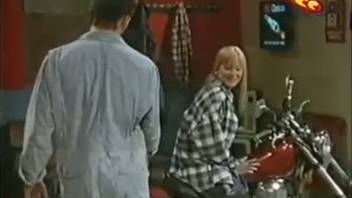 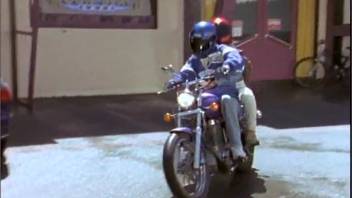 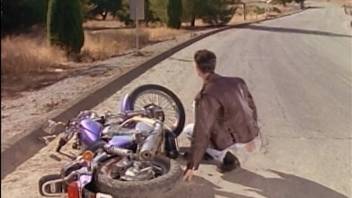 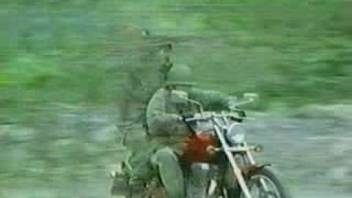 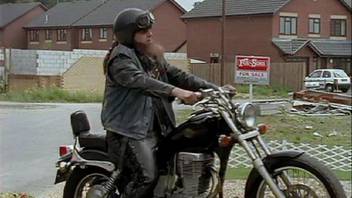 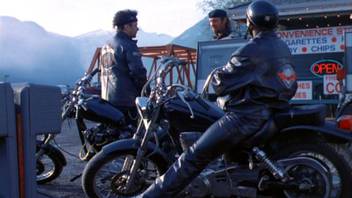 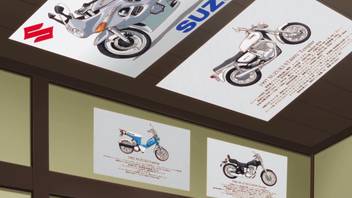 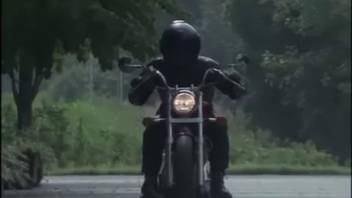 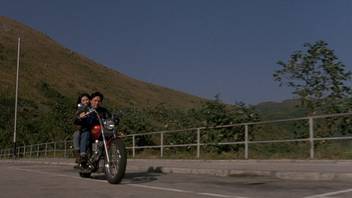 Can we get a better look at this one? It looks to be a single cylinder which would suggest Suzuki Savage (650cc single) but the exhaust looks odd. This is the best you get in the trailer... I think it is one of these http://www.bikez.com/motorcycles/suzuki_ls_650_savage_1987.php Suzuki Ls 650 Savage