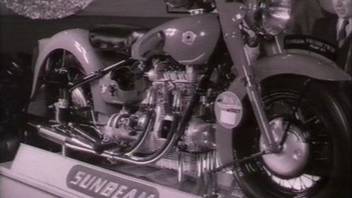 S7. What's the BSA plaque on front mudguard all about?? This is from Wikipedia, but the link is inaccurate so I can't quote it. In 1943 the Sunbeam name was sold to BSA. There is more to be found if you type Sunbeam Motorcycles into your search engine. Yes BSA had bought Sunbeam and envisaged it as their 'Lexus' type brand ! Thanks - interesting story. Seems S7 was pretty much a ripped-off BMW R75 design, but modified so it didn't look too German - https://en.wikipedia.org/wiki/Sunbeam_S7_and_S8

More 'Lambretta' than Lexus, perhaps, once the BSA Sunbeam scooter debuted in prototype form at the 1958 Earls Court Show. Manufacture of it, and its two-stroke cousin the Triumph Tigress, commenced the following year. Sales weren't too bad for a while and, today, some nicely restored examples can be found. 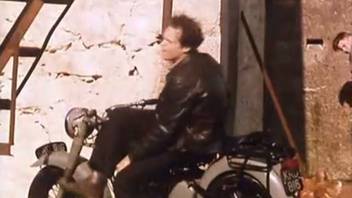 Salt on Our Skin

Filmed in Aberdeenshire, but a Reading plate. KRD 816 ✓ Taxed Tax due: 01 August 2019 MOT No results returned Vehicle make: SUNBEAM Date of first registration: July 1955 Year of manufacture: 1955 Cylinder capacity (cc): 487 cc Fuel type: PETROL Export marker: No Vehicle status: Tax not due Vehicle colour: GREEN Wheelplan: 2-WHEEL 2011 Bonhams auction listing 1955 SUNBEAM 489CC S7 Registration no. KRD 816 Frame no. S7 7660 Engine no. S8 13432 Sold for £5,750 inc. premium A wartime design by Erling Poppe, the Sunbeam inline twin was introduced by BSA, owners of Sunbeam Cycles Limited, in 1947. A luxury tourer inspired by the pre-war BMW, it was of advanced specification with overhead-camshaft engine, shaft drive and plunger rear suspension. The clutch housing and four-speed gearbox bolted directly to the back of the engine, which was rubber mounted in the duplex loop frame, an innovation that required a flexible joint in the exhaust system ahead of the silencer. The first S7 version was equipped with balloon tyres, a feature not carried over to the deliberately more conventional, and also lighter and cheaper, S8 introduced in 1949. The front fork and 7" brake were now standard BSA components and there were numerous other changes made in the interests of rationalisation. Never as popular as BSA's more performance orientated models, the gentlemanly S7 and S8 remained in production until 1957. This S7 has covered only 30 miles since undergoing restoration in 1992/93. Kept in a heated/dehumidified garage, 'KRD 816' is described by the vendor as in generally good condition but nevertheless will require re-commissioning before returning to the road. The machine is offered with sundry restoration invoices, VMCC dating certificate and Swansea V5 document. Conversion to 12-volt electrics is the only notified deviation from factory specification. 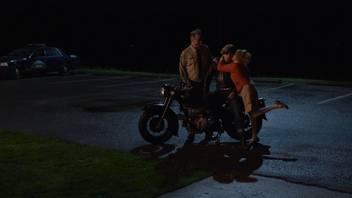