The engine was a Air cooled cooled Four stroke, parallel twin cylinder, push rod, 2 valves per cylinder.. A 73 x 89 mm stroke result in a displacement of just 745 cc / 45.5 cu in. The engine features a 8.9:1 compression ratio. 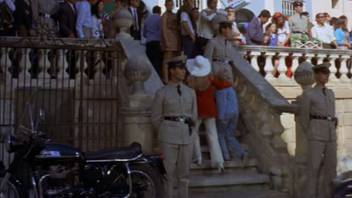 For the black bike with the windscreen and different tank logo, parked on left and behind the incoming pair (which are the 2 baddie cops on MP32 and MP 34). 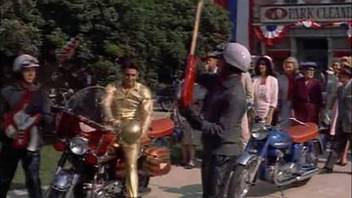 Actually the blue Norton(x2) with the red seat is a "650 Manxman" The gold Norton that Birdie is riding is an Atlas. I'm sorry it's Conrad Birdie, and the 650 Manxman are 1961 models. you are correct Atlas didn't exist in 63 lol The Nortons in the movie were provided by Paul Collins, father of Bo Derek. He was a motorcycle dealer in Redondo Beach, CA. His Continental Imports opened in 1960, and claimed to be the largest Honda dealer in Southern California. He also sold Norton, Royal Enfield, and Indian. Link to "www.torranceca.gov" 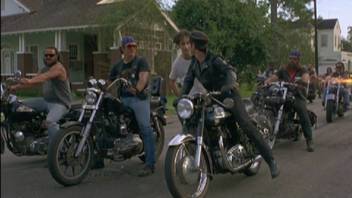 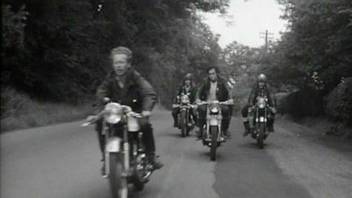 I think all three bikes with dropped bars are Nortons and the middle bike is a Triumph. Norton Roadholder forks on the three...Rockers wouldn't have swapped them out....Nortons

Norton Atlas types, one with clubman bars, the other with clip-ons. 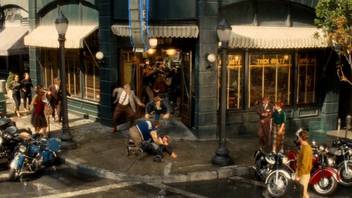 Indiana Jones and the Kingdom of the Crystal Skull

1st on the right seems the most interesting to me ... nothing for the dustbin on the right: Norton Atlas, Indian Chief (red fenders as is also the blue one on left) and a Vincent Comet C

That is not a Norton Atlas, it is a Norton 88ss that has been kicking around Hollywood for the last few years. The Atlas was not offered in two-tone paint and did not come with a siamese exhaust system. I have three 1962 Model 88 Nortons along with several others of various years. 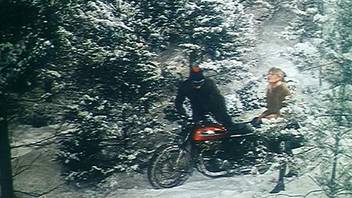 The Girl on a Motorcycle 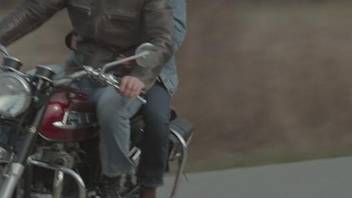 Life on the Line 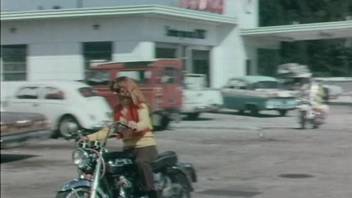 Norton Atlas Is it necessarily an Atlas? Could be one of the smaller models maybe? 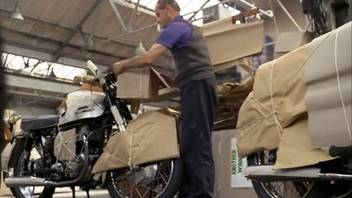 Look at Life: Behind the Ton-Up Boys 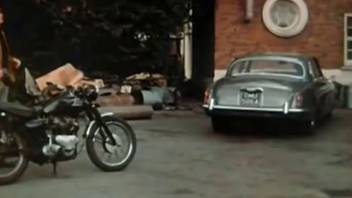 By the motor housing a Norton? 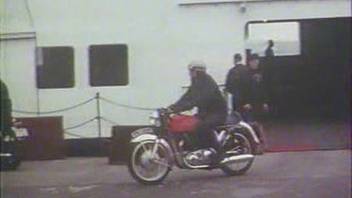 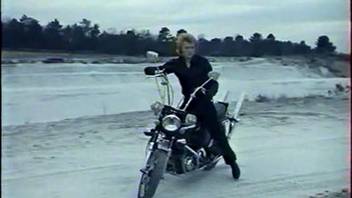 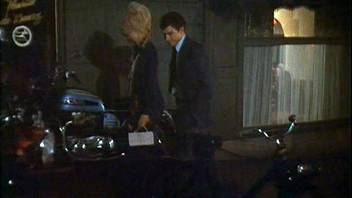 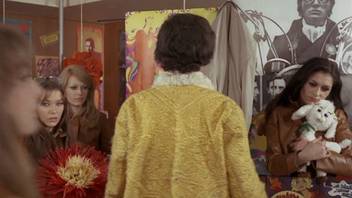