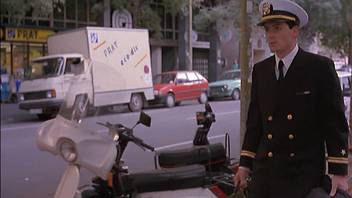 The Spanish Mercedes-Benz MB chassis cab deserves its own page, I think. The van in the background (something, based on the first Mercedes MB100, still with DKW-roots) is IMHO much more worth to list. @929V6: Proost! And what's the turquoise on the right? It looks like an US-spec Ford Fiesta I. Seems really so: /vehicle.php?id=408759#Comment960345 Der Mercedes: /vehicle_408779-Mercedes-Benz-MB.html MotoVespa PK El Mercedes, as it's origin Spain I keep looking at the red 5 door and thinking it's probably Citroen AX or ZX, but a little pixie in my head keeps saying Yugo Florida. /vehicle_281632-Yugo-Florida-1993.html Interesting idea, a Yugo Florida... But I'm pretty sure it is 'just' a Citroën AX. It is a Fiesta Mk1, which was also build in Spain. It has an in Spain at the time more common option, a sort of bullbar on the bumper. That is why it looks "American". The red car is 100% an Ax mk1.

I thought US-version, because the headlamps are looking big and round. 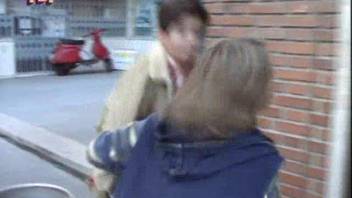 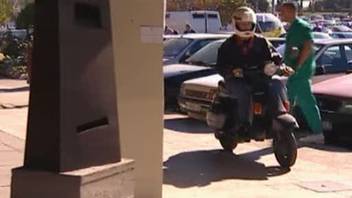