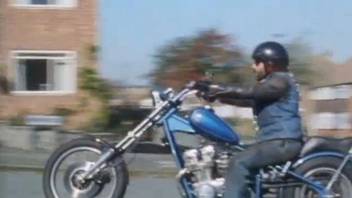 Can someone sort out these bikes? (if they are identifiable?) Most are only seen in blurred images:

Regarding the large photo at the top, the frame origin is uncertain to me, but it has been modified with a hard tail rear section and a stretched and raked neck. The forks look like stock Honda units that have been stretched with extended tubes. Front dual discs look like stock Honda units from either the CB750 Custom or the CB750F. The tank is a common custom style, typically known as a "peanut tank". The engine is a Honda CB750 DOHC, which was produced (in this configuration) from 1979 to 1982. It looks like the same bike shows up at the front of the lines of bikes in the 3rd photo from the left. The two front bikes in the far left photo look like modified Honda CBX's (1979 - 1982), or maybe CBX engines in a custom frame. These were inline six cyliner engines, similar to the older Benelli six, and were extremely wide like these appear to be. 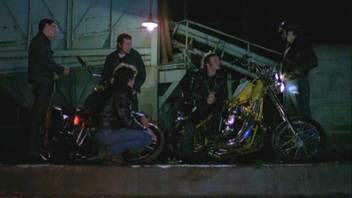 Difficult to be certain but I think the motor is a Japanese four - maybe another CB750?? 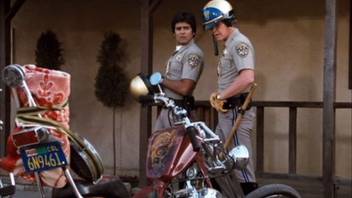