The engine was a liquid cooled in-line four, two-stroke. Fuel was supplied via a double overhead cams/twin cam (dohc). 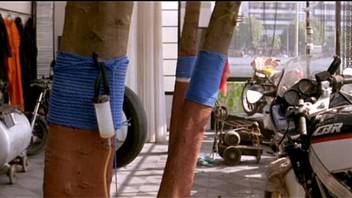