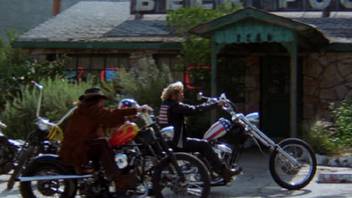 Looks like the "Easy Rider" bikes to me....A pan head [pre '66] and a shovel head [ post '66] Harley Je pense que les deux motos sont équipées du moteur Shovelhead Both are Shovelheads yes it is the Harley Davidson from the "Easy Rider" i seen the movie 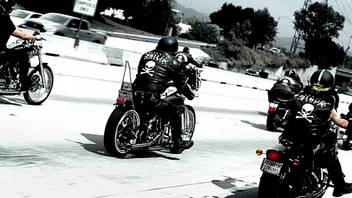 Hardtail springer. It has a cone, so its a Shovel or Evo. 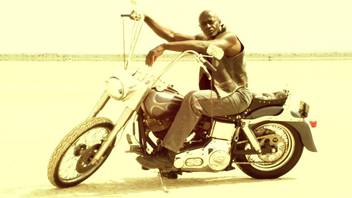 I notice it has chain final drive. Belt drive has been standard on Harleys since 1985 - don't know if chain drive is an option or maybe this is a pre 1985 bike.

custom shovelhead. Could be FLH or Wideglide with some newer parts. 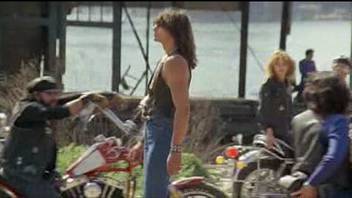 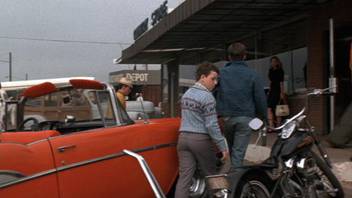 The "Ham Can" air cleaner is not correct period. The engine cases are Generator vintage, so it could be either an early model Shovelhead or a Panhead.Judging from the picture, it LOOKS like a Shovel, so that's '66-late 70's. It's got a mid '50s rear fender. The bike is a mix of parts from a few vintages. One thing for sure, the tank emblem it has was resurrected by AMF in the mid 1970's and was previously only on mid 1930's models. 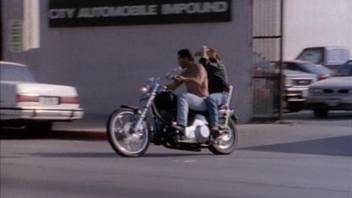 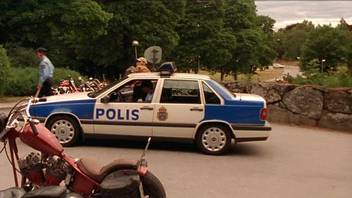 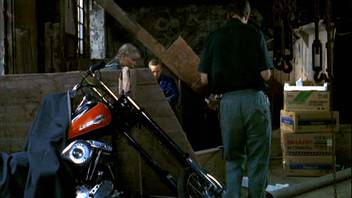 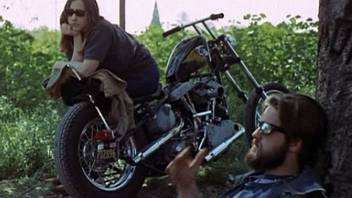 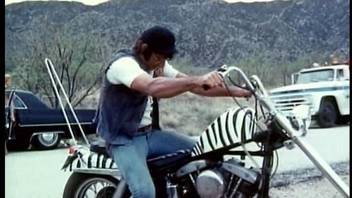 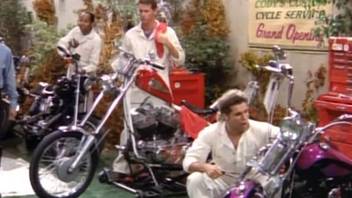 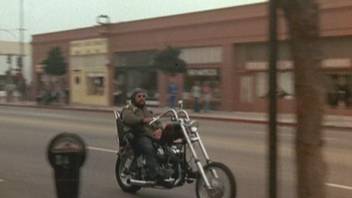 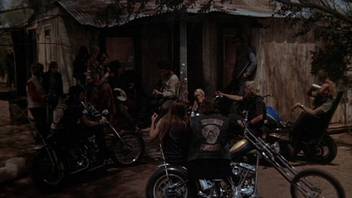 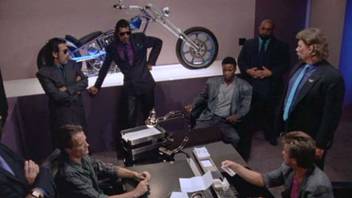 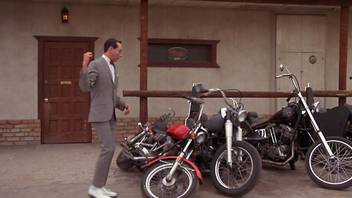 the bike on the far right 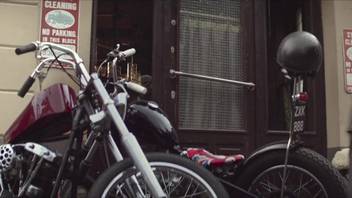 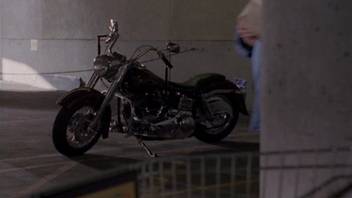 No Softail, perhaps an old Shovelhead. 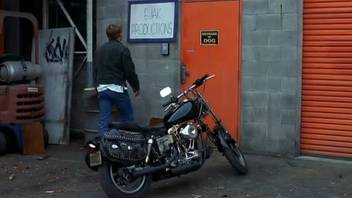 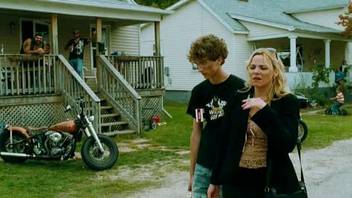 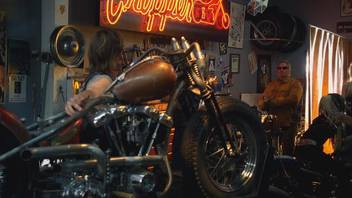 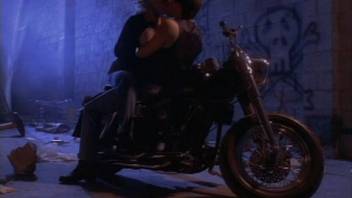 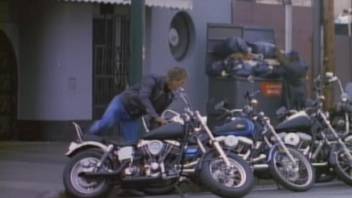 Harley Davidson Bitza, 74-80" Shovelhead motor, front forks are from an FX series bike which must be wide-glide to fit the FL series 16" front wheel, cut-down mudguards + aftermarket seats. Not quite custom chopper but definitely not as it left the factory, looks like they've found a cheaper way of paying Harley Tax. 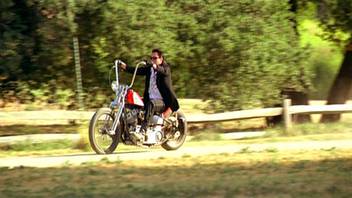 It's Flyrites' Reach For The Sky 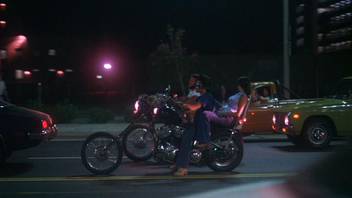 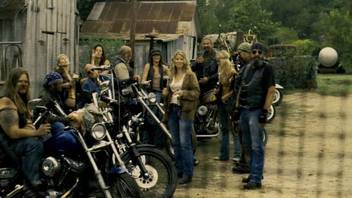 The Texas Chainsaw Massacre: The Beginning 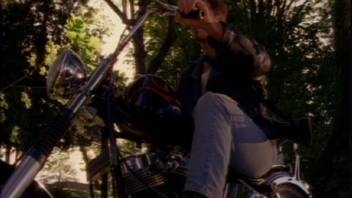 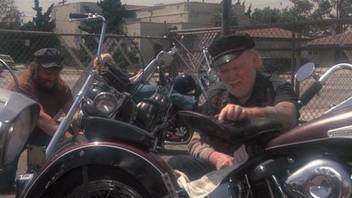