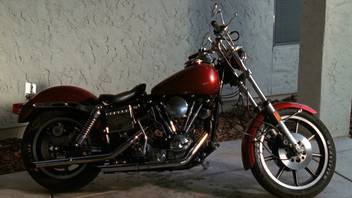 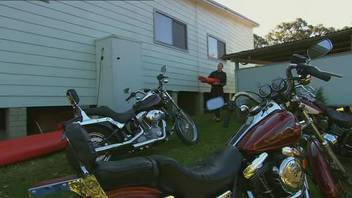 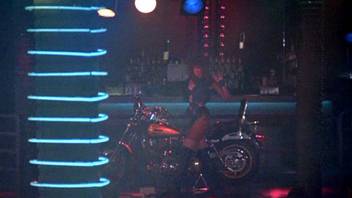 Harley-Davidson FXR Low Rider Custom. No earlier than 1985 because it has belt drive.