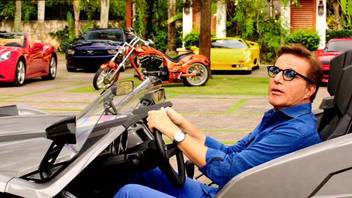 Harley derived custom chopper, barely functional as a motorcycle, for ornamental purposes only. 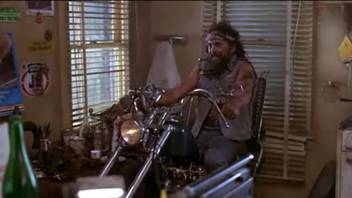 Cheech and Chong's Next Movie 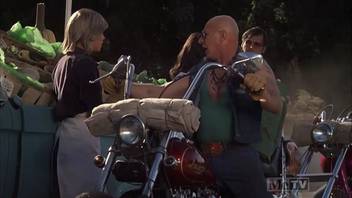 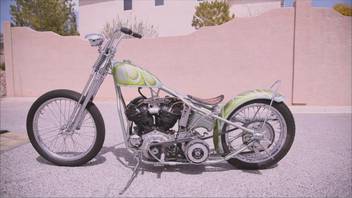 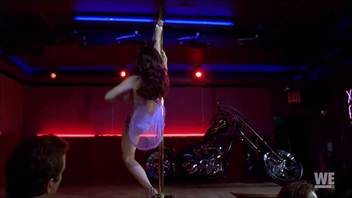 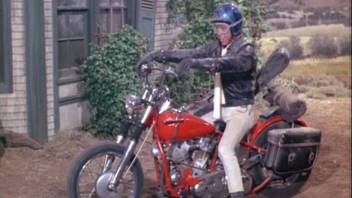 This was a two star vehicle, used briefly by a guest star in two scenes. In one of them I think he even gives Eb (a series regular) a ride.

Harley-Davidson custom bike. It has a rigid rear end but tele forks so is between 1949 and 1957. It has hand shift so is probably earlier than later. 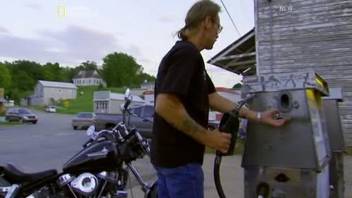 The logo on the gas tank looks incredibly familiar.

This is a Harley-Davidson. I'm certain it is a custom built machine. The engine is a panhead engine, which was made from 1949 to 1965 (?), and clearly does not have the original carbuerator/intake. The magneto on the lower end suggests its probably an earlier model panhead. The front wheel/fork assembly would not have been stock on any Harley from that era. It looks quite frankly like an "old-school" chopper. I don't know that we could pin down a make/model if we wanted to...probaly a mishmash of parts. 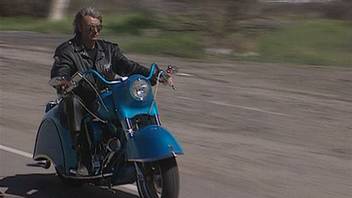 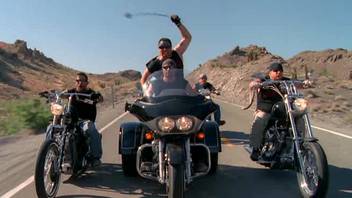 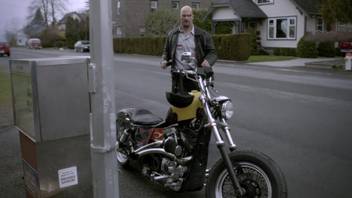