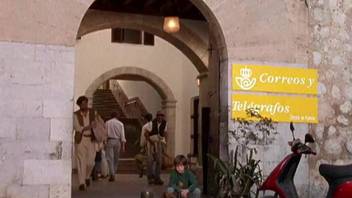 Piaggio? Yes, Storm or its Gilera twin. I read somewhere that in Spain there was only the Gilera.

The Gilera version was called Typhoon. There was also a Gilera Storm, but this had a racier paintjob and rpm counter; later there was even a Piaggio Storm with tricolor paintjob and no rpm counter. 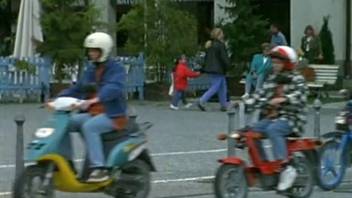 Ah, it's a Gilera Storm due to the paint job: Link to "www.motops.cz"