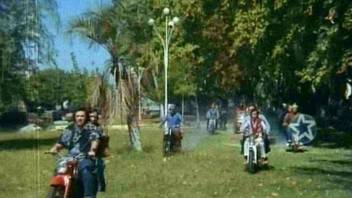 Well, not a Honda the red bike (for sure). Its a 1971 GILERA 200 GT built in Santa Fe, Argentina Link to "www.coleccionabril.com.ar" 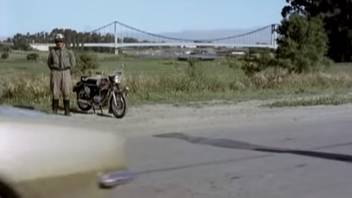 I don't know if it's for Gendarmería Nacional Argentina or the Policia of Buenos Aires. Gilera have a factory in Buenos Aires.