The Ducati Monster S4 is a v2, four-stroke naked bike motorcycle produced between 2003 and 2003. 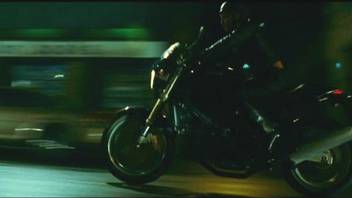 Please change the title, this is not a Ducati 600, but a Ducati Monster S4 (916 cc. Desmoquattro) There were two 2002 Ducati S4 Monsters sold to the studio for the making of the film "Cat Woman" from the Seattle Ducati Shop. I'm told that one of the bikes was dismantled however I'm not able to confirm this fact, and the other S4 was sold back to MotoCorsa, the Ducati Shop in Portland, OR. With just 125mi. put on it by the staff and Halle Berry for the film, the remaining bike was sold to, well, me... The bike has seen some changes since Halle saw it last. It now has Arrow cans, a carbon fiber headlight bucket, SpeedyMoto frame sliders and clutch pressure plate, a vented clutch cover, and the headlight and gages have been lowered an 1 5/8". It has clip-on handle bars, a 190 meat in the rear, and it's been re-geared with a two tooth bigger sprocket in the rear and one tooth smaller in the front to give it more low end grunt. There's more but I'm sure I'm already boring you already. Any who yes you're right to say that this bike is not a 600 but a 916. She generates a little better that 100bhp, and the picture shown above was NOT shot during a car chase scene.

Desmo profundis, there were two bikes used in the movie. I own one. I won mine from WB and Ducati. They gave me the memo of authenticity signed by John Porter (Director of Marketing and communications Ducati North America, Inc.) It says there were two bikes used in the filming and that the bike was loaned to Warner Bros on or about September 2003, and returned to Ducati's processions just before the end of that year. It also explains that there were certain modifications made to the bike such as painting or dulling of polished that were necessary for the proper lighting effects in the movie. So yeah, one of the two bikes has been in my pocession since 2004. And like you said it is a 916, the 600 was a special bike(s) they produced for the premiere (red carpet events) of the movie and they had plans to produce that specific bike for consumers but the movie didn't do good and that plan was scrapped. 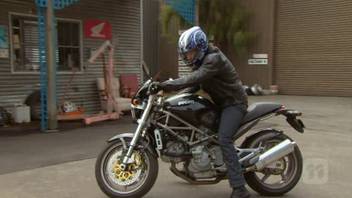 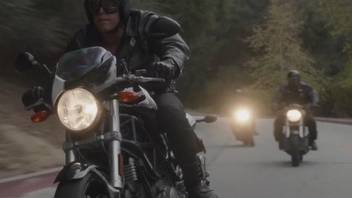