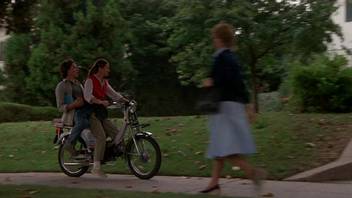 By the way, what would be the correct name for such engines? In french it is "cyclomoteur", my dictionnary gives "scooter" as translation. So until now I put them in "scooter" category. Is there a better name for the english version? I guess that I can simply rename the french name to "scooter/cyclomoteur" since it is not really useful to split them in two categories.

There is no relation of the word 'moped'. 'MODS' is mid60's younger generation's culture (or fashion style), was born in London and spread in the world. They liked to wear the Italian-fashion. Vespa and lambretta are also one of fashion item. US TV-movie "The Mod Squad", also means 'Mod squad' is 'Moderns squad'. [quote]500cc! wants to ride once...but I do not want to imagine when braking. Yes... Great acceleration & super top speed.... But it cannot stop.!

http://www.terra.es/personal8/jmvelasc/vespi/derbi_variant77.jpg
which corresponds in almost all points: shape of the frame, colors, position of the cylinder ... (P.S: 50cmc, not 500!)

This is a 1979 Derbi Variant SL. This one has several arrangements made for the American market, like the side reflectors or the round light instead of the typical square light from Derbi. I still own one of these Derbi Variant SL. It is a Heavy Duty machine. Derbi Knew how to make bikes to endure.