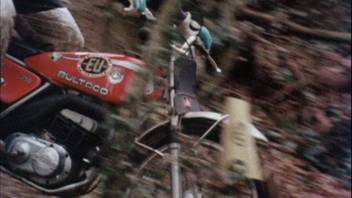 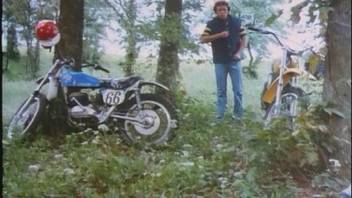 Bultaco (66) Yes, either a Sherpa 350 or Alpina 250. With that huge rear sprocket it is set up to climb steep hills. If Bultaco it should be Spanish I don't think it's either a Sherpa T or Alpina, the tank and side covers are from a Pursang or Sherpa S. The high mounted front fender also removed a Sherpa T from the equation.

This Bultaco was purchased from my dad in Roxana, IL, from Motorcycles Unlimited. They filmed part of this movie in Hartford, IL. I was there when they were filming. His motorcycle, #66, his racing number, was "apparently" stolen off a Roadway truck. It is a Sherpa-T! 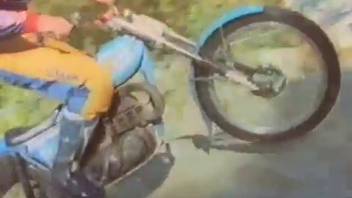