Stopping was achieved via dual disc in the front and a single disc in the rear. The bike weighs just 268.0 kg (590.8 pounds). 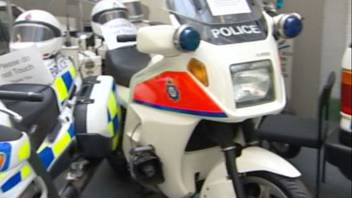 Again the presenter calls it a BMW - but the commentary gets confused at this point as he refers to a non-existent Honda small script above headlight seems to read K100 maybe he refers to it as first BMW with 4 cyl in line like Honda ?

Script is K1100 - Link to "renaissance-hotels.marriott.com" 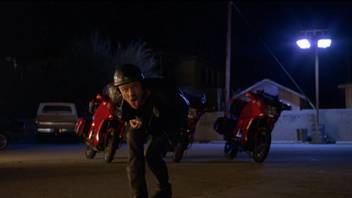 The bikes the German nihilists use to grab the money at the drop-off look different to the red bikes, but they are so far away they are impossible to really identify:

These are K1100LT (bottom of fairing more enveloping and adjustable windshield) (I have one in the garage!) 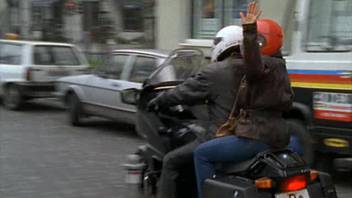 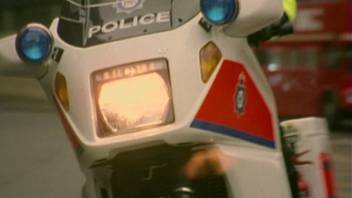 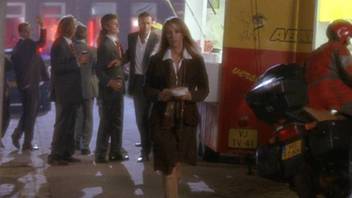 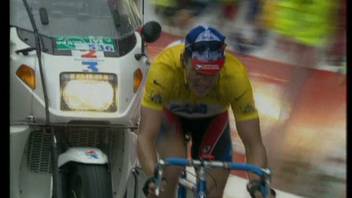 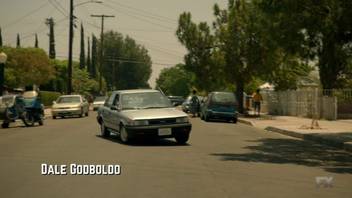 Piaggio Typhoon, sold as a Gilera in Spain. 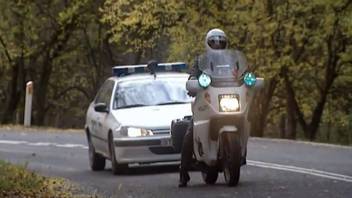