Stopping was achieved via dual disc in the front and a single disc in the rear. The bike weighs just 197.0 kg (434.3 pounds). 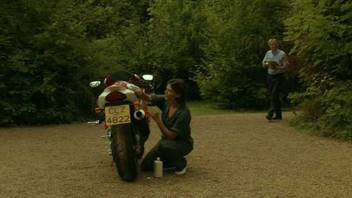